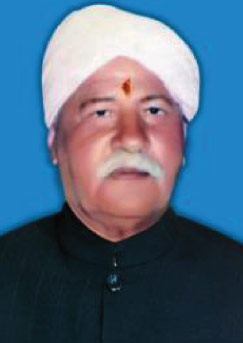 Late Sh. Ajit Singh was born in a lower middle class family with meager means in the pre-partition Punjab. Having lost his father at an early age, he became self-reliant at a young age. After escaping near death incidents during the partition on India, he finally came and settled in Nawanshahr, Punjab (india) where he began his career. Inspired by the teachings of the Bhagvad Gita and the Guru Granth Sahib, he understood the values of integrity and adaptability and implemented those values in his personal and professional life.

First foray into manufacturing with the first Oil Expelling unit in the area.

The existing registered office is setup in Delhi and the company goes private limited.

The total operational area grows to over 1.5 lac square feet.

Company ventures into supply of grocery products to Modern Trade.

The company expands its reach to the central India by setting up a Unit in Indore, M.P.

State of the art Flour Plant is installed.

The portfolio expands to over 500 SKUs and over 6 registered brands.